Sign up to get the latest on promotions, new releases and more.

Fans vs Blowers
It’s good practice in the early stages of designing to take into account airflow requirements for your heat-generating components as well as how much space and power will be needed for your cooling fan or blower.
Pressure
Axial fans or “box fans” have high performance air flows, relatively good efficiency, and have an axial airflow pattern. Blowers are more effective than box fans for high system impedance that requires a back pressure e.g. network servers and telecommunication systems. Box fans are usually used for low-pressure or low system impedance conditions. This is because they can have a high output of CFM (Cubic Feet per Minute), but at a lower level of air pressure while blowers move smaller amounts of air at a greater level of pressure.
Noise Level
One advantage of box fans is that the noise level can be reduced or increased easily by changing the speed of the fan. These characteristics make them better suited for application in computers. While blowers are known for being noisy compared to fans, what they have over axial fans is a more concentrated airflow. This is a result of the blower’s ability to take air from one side and release it directly onto the unit that requires cooling on the other side.
Blowers are also heavier and more expensive than axial fans. 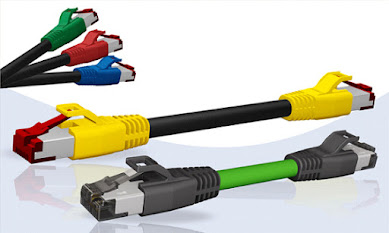 CONEC has introduced patch cords in its product range that are manufactured with an Industrial Ethernet cord with a stranded wire cross-section of AWG22. Low losses are realized it allows for long transmission distances.

In industrial environments, the ProfiNet cord with PUR insulation can be used. With all RJ45 connectors, the cable shield is connected through the internal strain relied to the...

CONEC is extending their range of DT and Superseal valve connectors with a double cable outlet version.

These would mostly be used by those who require Y-distributors for distribution of signals and power. This allows the possibilities for making systems more compact and reduces installation space, for example in a DaisyChain application with multiple cascaded connectors.